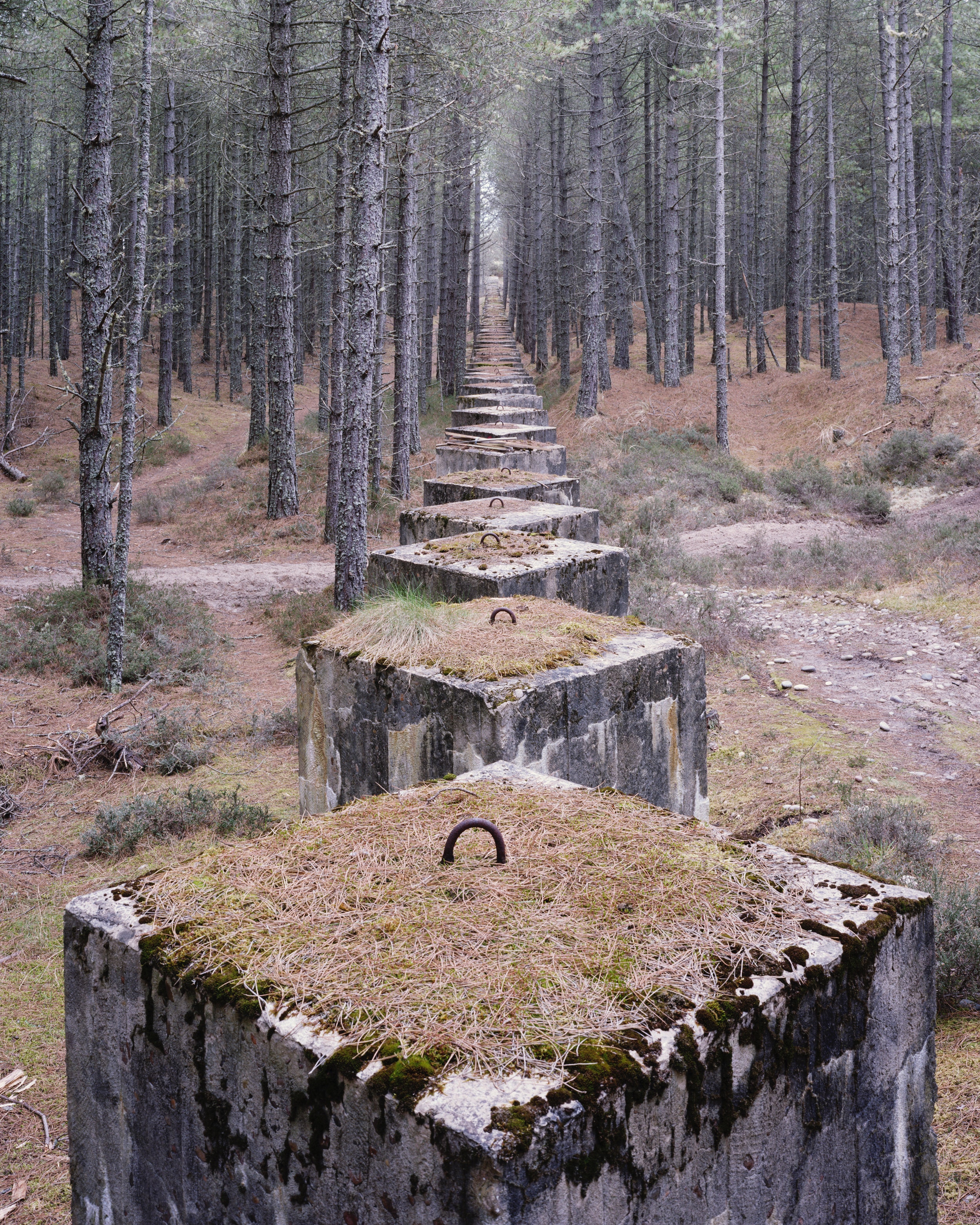 Photographed between 2010 and 2014, The Last Stand reflects the histories and stories of military conflict and the memories held in the landscape. The series is made up of 86 images, documenting some of the physical remnants of the Second World War on the coastlines of the British Isles and Northern Europe. Working with a large format camera, over four years 23,000 miles were travelled to 143 locations along the coastlines of the UK, Northern & Western France, Denmark, Belgium and Norway.

A line of defences ran along the Moray coastline between Cullen Bay and Findhorn Bay through the Lossie and Roseisle forests. Anti-tank blocks ran the full length of this part of the coast, forming a barrier with the pillboxes that were placed between them at regular intervals. Some of the defences were constructed by a Polish army engineer corps stationed in Scotland.