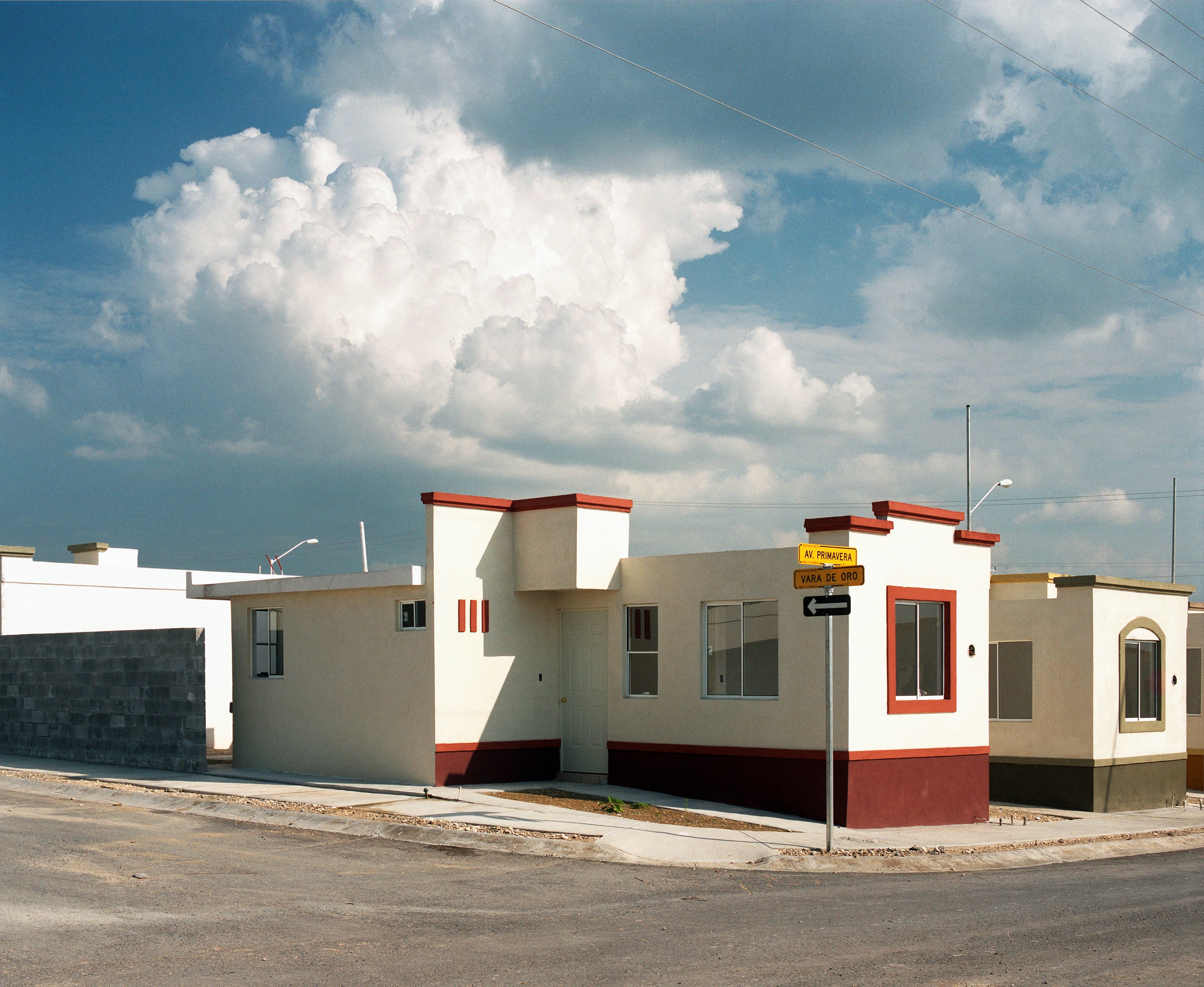 Alejandro Cartagena, born in Santo Domingo, Dominican Republic, lives and works in Monterrey, Mexico. Cartagena’s work has been exhibited internationally in more than 50 group and individual exhibitions in spaces including the Fondation Cartier pour l’art contemporain in Paris and the CCCB in Barcelona. This photograph, captured in Juarez, is part of a 5-year (2005-2010) project called Suburbia Mexicana. ‘I wanted to document the rapidly changing landscape around my home city of Monterrey. Thousands of these little houses were being built and sold through government subsidies creating a housing bubble that lasted 12 years. In the end entire suburbs were abandoned and many became areas of extreme violence, where the drug war was fought for years. Others flourished and became the dream of homeownership the government forcefully pushed on Mexicans for years. These are the homes of The Carpoolers,’ states Cartagena on his project.

Why we believe in this NFT: Cartagena portrays both the degradation of the landscape caused by fast development and the phenomena of densely packed houses, caused by poor or incorrect (urban) development. Cartagena documented this series to offer his images as a clear plea for responsible, sustainable development.